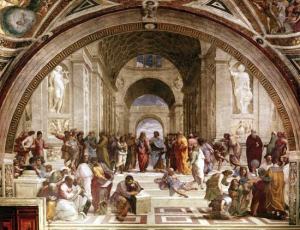 Why do we find society’s narrative of morality, meaning, and human identity compelling?

I think there are two primary reasons.

The first is that it encourages one of our basest temptations – selfishness, which speaks to us in a deep way.

If you doubt this is the core of the narrative, think of what so many of our songs, movies, TV shows, and social commentaries are telling us in varied ways: be true to yourself; don’t let others tell you who you are; do what feels right, what makes you happy; don’t trust institutions or traditions; always be skeptical and questioning; and rely on nothing but yourself.

We have deified the idea of a completely authoritative self that chases after personal whims and pretends not to be influenced by anyone or anything apart from the self (which is impossible because it downplays the reality that we learn how to interpret and give meaning within specific social contexts).

The second reason I think we buy into secular Western cultural definitions is we’ve swallowed the implicit belief that society is progressing; that there is necessarily a forward trajectory to history.

I need to dissect that sentence a bit: technology and scientific knowledge are surely advancing in leaps and bounds, and some moral progress has definitely been made over the past couple hundred years, with the abolition of slavery and advancement of equal rights for women at the least.

Those and similar facts tend to bolster the belief that every change that is made in government, ethics, and philosophy is a change for the better, and that is not warranted.

The same culture that moved closer to minority civil rights in the middle of the 20th Century in one continent moved further away with apartheid in another.

The same culture that once believed in the necessity of a moral law now believes in moral relativism. 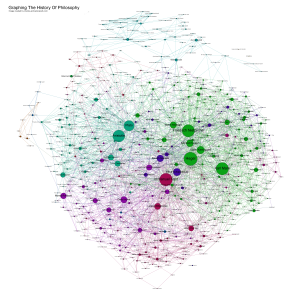 And this is the dirty secret of moral relativism (which is almost always philosophically married to materialism): where there is no belief in some sort of inherent morality, ultimately there is no morality – there is no meaning apart from individual constructs, and this is a problem for the following reason (this is an extended quote from an article I linked to several posts ago regarding knowledge, “The Heretic” by Andrew Ferguson, linked again here: http://www.weeklystandard.com/articles/heretic_707692.html).

“Naturalism is also called “materialism,” the view that only matter exists; or “reductionism,” the view that all life, from tables to daydreams, is ultimately reducible to pure physics; or “determinism,” the view that every phenomenon, including our own actions, is determined by a preexisting cause, which was itself determined by another cause, and so on back to the Big Bang. The naturalistic project has been greatly aided by neo-Darwinism, the application of Darwin’s theory of natural selection to human behavior, including areas of life once assumed to be nonmaterial: emotions and thoughts and habits and perceptions. At the workshop the philosophers and scientists each added his own gloss to neo-Darwinian reductive naturalism or materialistic neo-Darwinian reductionism or naturalistic materialism or reductive determinism. They were unanimous in their solid certainty that materialism—as we’ll call it here, to limit the number of isms—is the all-purpose explanation for life as we know it.

“One notable division did arise among the participants, however. Some of the biologists thought the materialist view of the world should be taught and explained to the wider public in its true, high-octane, Crickian form. Then common, nonintellectual people might see that a purely random universe without purpose or free will or spiritual life of any kind isn’t as bad as some superstitious people—religious people—have led them to believe.

“Daniel Dennett took a different view. While it is true that materialism tells us a human being is nothing more than a “moist robot”—a phrase Dennett took from a Dilbert comic—we run a risk when we let this cat, or robot, out of the bag. If we repeatedly tell folks that their sense of free will or belief in objective morality is essentially an illusion, such knowledge has the potential to undermine civilization itself, Dennett believes. Civil order requires the general acceptance of personal responsibility, which is closely linked to the notion of free will. Better, said Dennett, if the public were told that “for general purposes” the self and free will and objective morality do indeed exist—that colors and sounds exist, too—“just not in the way they think.” They “exist in a special way,” which is to say, ultimately, not at all.”

I quote this portion to underline the philosophically necessary conclusions one must face when this kind of thinking is followed to its logical end. That doesn’t make this philosophy right or wrong in and of itself, but a philosophy about life that can’t in actuality be successfully practiced in life should make us…(heh) skeptical.

Lastly, I think it’s really important that we don’t lose site of the fact that the moment in history in which we find ourselves most certainly is NOT morally unique. Our general belief in the advancement of society and humanity sneakily tricks us into assuming that our ethical decisions consequently must be novel and groundbreaking. Well…it’d be prudent for us to temper our confidence in our ability to think things that no other humans have thought for thousands of years.

The phrase “wrong side of history” assumes that history has two sides: backward and forward, and that is an unfounded notion. I want to illustrate this point and close this post by quoting a blog post by Trevin Wax, “Jesus is On the Wrong Side of History” (found here: http://thegospelcoalition.org/blogs/trevinwax/2013/04/02/jesus-is-on-the-wrong-side-of-history/). As many steps as we do sometimes take forward as humanity, we are always subject to ending up either back where we started or worse than we were.

“A fictional conversation from the first century A.D.

Stefanus: I wish you would change your mind, Gratian. You are going to be made fun of and marginalized.

Gratian: Any suffering or ostracism I may face will not compare with the glory that awaits me.

Stefanus: Glory? I fear you are losing your mental grasp of things. Have you not seen the splendor and glory of the Empire? Don’t you see how Roman principles are extending throughout all the earth?

Gratian: The Empire looks powerful, yes. But God’s kingdom will outlast it.

Stefanus: You continue to speak about this backwoods Jew who taught all sorts of strange things. I fear for what may happen to you when you refuse to pinch incense at the altar and reveal your dedication to the Empire’s gods.

Gratian: I will refuse.

Stefanus: But why? You know that the Empire is a tolerant, broad-minded place for people of good will who believe in all sorts of gods…

Gratian: As long as worshipping Caesar trumps them all…

Stefanus: Of course, but you still have the freedom to worship privately as you please –

Gratian: – as long as publicly, I bow the knee to Caesar.

Stefanus: What is the harm in recognizing the absolute authority of Caesar?

Gratian: I would be telling a lie. The emperor is under King Jesus.

Stefanus: Keep your voice down. Do you realize what you are saying?

Gratian: I will answer to King Jesus. So will you. And so will Caesar.

Stefanus: You dare challenge the ultimate authority of the Empire? Can’t you see the progress of history? Are you so blind… to ignore that history is moving in Caesar’s direction? Recent surveys show that people are not putting up with you and your silly ideas… your simpleminded way of life.

Gratian: I don’t follow Jesus because He is popular, but because He saved me.

Stefanus: Think logically for a moment about this Jesus of yours and what he taught.

Gratian: What are you saying then?

Stefanus: That Jesus is obviously on the wrong side of history. The world is moving forward and you are stuck in the past following the bizarre teachings of a Jewish leader. Recant your strange beliefs! Or at least stay quiet about them.

Gratian: I cannot, and I will not. I do not see history the same way you do.

Gratian: No matter how confident you are that history is moving in an upward progression and that the Roman Empire will expand across the earth and lead all to eternal peace and harmony, you are wrong. The kingdom I belong to will outlast the Empire, despite the appearances.

Stefanus: How do you know this?

2 thoughts on “The wrong side of history?”