Calling people names like “murderer” or “religious nutbag” is not helpful when attempting to convince others of the legitimacy of your opinion.

I am interested in discussing ethics and morality, not legislation. I am approaching this from my understanding of the Christian perspective, but I think there are important points to consider (agree or disagree) for everyone.

With all due respect, as a heavy corrective to fellow Christians (those to whom this applies) I would ask, “What are you trying to accomplish when you label abortion as murder?” How does that actually help reduce abortions? It seems to me all that does is motivate those who disagree with you to further galvanize their position.

Obviously they don’t think they are supporting murder or they wouldn’t be supporting it. To insist that they are without elaboration only fans the flames of discord. And the odds aren’t very good you’ll be granted an audience if you’ve claimed someone is a murderer. How willing are you to listen to someone after you’ve been called a crazy religious zealot?

I’m going to get technical here because the amount of rancor in this debate calls for some semantic precision in an attempt to calm the rhetoric. The point at which we label a human life as a “person” is strictly philosophical and not explicitly addressed in the Bible, admittedly because the idea of having this kind of discussion is alien and largely unintelligible to the assumptions the Bible makes about life.

[Side note to objections raised re: Psalm 139, Jeremiah 1, and the like: according to a book I will be quoting extensively – “The Moral Vision of the New Testament” by Duke University professor of New Testament Richard Hays – “Such statements cannot be pressed as a way of making claims about the status of the fetus as a ‘person’; rather, they are confessions about God’s divine foreknowledge and care. God knows and calls us not just from the time of conception but even before conception – even before the foundation of the world. Once we see that this is the tenor…we recognize that its bearing on the abortion issue is very indirect indeed.” pg. 448]

The moment we as Christians begin utilizing such arguments, we have left the realm of our tradition and entered the realm of secular philosophy (this isn’t a bad thing, necessarily, because of course Christianity is supposed to speak into all venues of life; but we need to be clear about what we are doing with our words and actions). As Dr. Hays writes:

“Our deliberation about these matters should not be constrained by the categories and norms of a secular pluralistic society…We must not get trapped by the way the world defines the issue…Instead, the church must seek to frame its moral reflection within the categories offered us by Scripture…” pgs. 445-446

“When we ask, ‘Is the fetus a person?” we are asking the same sort of limiting, self-justifying question that the lawyer asked Jesus [in the parable of the Good Samaritan]: ‘Who is my neighbor?’ Jesus, by answering the lawyer’s question with this parable, rejects casuistic attempts to circumscribe our moral concern by defining the other as belonging to a category outside the scope of our obligation.” pg. 451

Explicitly, Scripture is silent regarding abortion. The closest it comes to addressing it is within Exodus 21, but even there, as Dr. Hays states, “The passage does not in any way deal with intentional abortion; rather, it is a piece of property law, prescribing how to deal with an unintentionally inflicted injury that results in a miscarriage.” pgs. 446-447

Christian tradition, however, has a strong emphasis regarding the lives of babies and the unborn. In the First Century C.E., it was quite common practice for Romans to abandon unwanted children in city dumps immediately after birth. To the bewilderment of Roman society, Christians became known for collecting these babies and raising them within their societies (churches).

[Not being a scholar of First Century Greek – nor there being a massive proliferation of English translations or scholarship regarding the Didache – I cannot definitively comment on whether “murder” is the most accurate word to use here, nor what precisely is specified by “abortion.” Regardless, the general implication is quite powerful, yet I stand by my previous comments about removing the term “murder” from public discourse for the reasons already mentioned]

Despite the lack of explicitness in Scripture, it is perhaps the symbolic world of the testimony of the New Testament and thus the character of the Apostles and early Christians that motivated these first Christian communities to take these actions and write these extra-Biblical words.

This is what Dr. Hays has in mind here:

“Within the symbolic world of the New Testament, God is the creator and author of life. The prologue of John’s Gospel asserts that all life comes into being through the creative agency of the Logos: ‘All things came into being through him, and without him not one thing came into being. What has come into being in him was life, and the life was the light of all people. The light shines in darkness, and the darkness did not overcome it.’ (John 1:3-5) Wherever new life begins to develop in any pregnancy, the creative power of God is at work, and Jesus Christ, who was the original agent of creation, has already died for the redemption of the incipient life in utero…

“As God’s creatures, we are stewards who bear life in trust. To terminate a pregnancy is not only to commit an act of violence but also to assume responsibility for destroying a work of God, ‘from whom are all things and for whom we exist’ (1 Cor. 8:6). To put the matter in these terms does not presume any particular decision about when the fetus becomes a ‘person.’ Whether we accord ‘personhood’ to the unborn child or not, he or she is a manifestation of new life that has come forth from God. There might be circumstances in which we would deem the termination of such life warranted, but the burden of proof lies heavily upon any decision to undertake such an extreme action…

“Thus, to understand ourselves and God in terms of the Bible’s story is to know that we are God’s creatures. We neither create ourselves nor belong to ourselves. Within this worldview, abortion – whether it be ‘murder’ or not – is wrong for the same reason that murder and suicide are wrong: it presumptuously assumes authority to dispose of life that does not belong to us.” pg. 450

How should Christians thus address this matter in the culture at large? 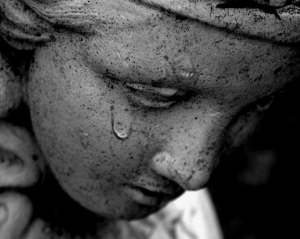 “We must begin by recognizing that we cannot coerce moral consensus in a post-Christian culture. The United States is deeply divided on the question of abortion because there is no consensus about the cultural logic that ought to govern our decisions about the matter. We should recognize the futility of seeking to compel the state to enforce Christian teaching against abortion…because we recognize that the convictions that cause us to reject abortion within the church are intelligible only within the symbolic world of Scripture. The church’s rejection of abortion is persuasive only in light of the gospel of Jesus Christ; in this respect we stand in relation to our culture just as the early church stood in relation to the culture of the Roman Empire. Thus, the primary task of the Christian community on this issue is to form a countercommunity of witness, summoning the world to see the gospel in action.

“That is why angry protests against abortion that employ invective and intimidation are both un-Christian and ineffective: rather than demonstrating the gospel in action, they manifest another spirit altogether…Even peaceful efforts to legislate against abortion are simply doomed to failure in the present cultural climate. The world needs to be shown another way, not forced by law to abandon something it perceives as a ‘right.’

“In such a situation, how should the church respond? The first and most basic task is for the community to act in ways that embody its commitment to receiving life as a gift from God. William Durland writes: ‘We should not look to the state to compel women to complete, nor allow them to terminate, a pregnancy. Rather, God calls us to be our own people and our own community – to witness to the world’s scandal, to love and bind up those harmed by its values. If the energy now being poured into attempts to affect Supreme Court decisions were dedicated to establishing viable alternatives to abortion and substantive support and long-range care for victimized women, ‘unwanted’ children, and families struggling with poverty, mental illness, and domestic violence, perhaps we would begin to see Christian community being born in our midst – a light to the nations and a sure refuge for these needy ones.’

“A similar vision is articulated by Bill Tibet, a Presbyterian minister from Colorado, who draws an apt analogy between the rejection of war and the rejection of abortion: ‘During the 1960s and 70s there was an antiwar slogan that asked, ‘What if they gave a war and nobody came?’ The point was what if there was a declaration of war and all the people just refused to participate? What if there were abortion clinics but nobody went in? What if abortion was a legal choice, but it was a choice nobody took? Changes in the law, blocking abortion clinics, demeaning name-calling will not stop abortions. The history of the church through the ages has been the history of changes brought about in society through the church demonstrating and living an alternative vision of life. We need to stop telling our nonbelieving neighbors how wrong their way of life is, and we need to start showing the power of the gospel in the way we live…Let me ask you: Which has greater power? Ten thousand people who fill the streets in front of abortion clinics and shame those seeking abortions, or ten thousand people in California who take to the state capital a petition they have signed stating they will take any unwanted child of any age, any color, any physical condition so that they can love that child in the name of Jesus Christ?’

“…A church that seriously attempted to live out such a commitment would quickly find itself extended to the limits of its resources, and its members would be called upon to make serious personal sacrifices. In other words, it would find itself living as the church envisioned by the New Testament.” pgs. 457-459

One thought on “Abortion, calmly considered”