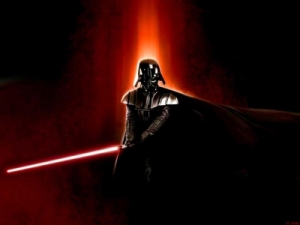 For those of you who don’t have a love of “Star Wars,” I appreciate your patience and beg your forgiveness.

We know and come to believe many things about life and others out of a core of love: what you love; what you want; what you seek; what you envision the “good life” being – these are the things that drive you to accept certain things as true and reject others.

I suspect all of us can think of times when we realized we had chosen to believe something even while we knew we weren’t being honest with ourselves.

And I’m sure there are even more times when we’ve all been surprised to find that something we thought was true turned out not to be.

I was skeptical when I first heard the suggestion that knowledge is tied to our wants, desires, and loves.  But the more I considered it, the more sense it made.

As a bonus, it helped me make sense of a pivotal shift in my favorite movies. 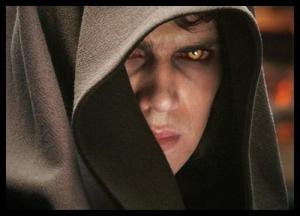 I’m banking on you having at least a vague understanding of the major themes of the first six “Star Wars” movies.

In short – the original three made in the 70s and 80s were primarily the story of the redemption of a character who appeared to be completely evil, Darth Vader.  The next three movies were “prequels” which chronologically began 40 years before the first three in order to show how a good person, Anakin Skywalker, can become evil – how he became Vader.

I won’t argue that the original trilogy isn’t better than the prequels, but I still appreciate them, especially “Revenge of the Sith.”

I was at first dissatisfied with the way this movie seemed to quickly depict Anakin’s turn to evil like a “flip of the switch.”

Now I’m not so sure.

“Star Wars” is a morality tale that asks questions about the nature of good and evil, where the lines are drawn between each, and how people are compelled to be the kinds of people they become.

It takes place in a fictional galaxy with different physical laws.  There is a mystical connection between all life called the Force, and certain people are born with an ability to tap into the powers of the Force and perform spectacular physical and mental feats.

Anakin is seemingly a child born of Jedi prophecy – conceived in his mother by the Force in order to bring a balance between the light and dark.  He is discovered by the Jedi in the first prequel as a 10-year-old boy living as a slave.  He has a powerful connection with the Force, but his life as a slave has fostered a great deal of fear inside of him, which initially make the Jedi hesitant to train him as one of their own.

Anakin is depicted as a kind-hearted boy whom grows into a powerful Jedi, caring a great deal about justice and order.

The other prequels chronicle how Anakin’s deep passion and love for his friends and family are centered around a core of selfishness: he is afraid to lose those he loves and shows a great deal of possessiveness because he does not want to experience the intense pain associated with loss.

The temptation for Anakin is that he has enough power in the Force to potentially control such things, but trying to do so is opposed to Jedi teachings.

The stage for Anakin’s fall is set when doubts are raised in his mind about who the Jedi really are.  He begins to question their motives, and this questioning is driven in large part by his growing desire to become more powerful in order to prevent a vision of his wife’s death from happening.

What had troubled me about Anakin’s decision to leave the Jedi and join the Sith was how quickly it seemed to happen. 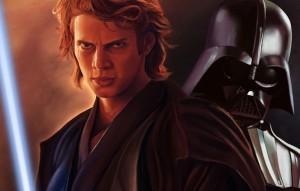 But when we view our knowledge, beliefs, and motivations as rising from our loves and desires more than from our intellect, this makes sense: the core of who Anakin was – what he wanted, what he loved – had always been tainted.

His deepest desires were selfish: in his heart, he wanted to control all aspects of his life because he loved out of attachment and personal need, not out of a place that considered the intrinsic worth of others – his version of love was therefore not actually love.

These core desires fought against the ideals of the community he had aligned himself with, and by allowing his desires to trump his morals, his beliefs changed.

I think this is a realistic portrait of internal struggles within all of us that at any moment can likewise suddenly surface and give the appearance that a very abrupt change has occurred.

How many times have we heard friends and loved ones of people who commit terrible atrocities say, “That’s not the person I knew.  He (or she) was always so nice and pleasant to talk to” or some such variation?

In reality a struggle was being waged internally, often subconsciously, and maybe for just one horrific moment, the wrong desire won out.

Anakin’s choice to fuel his controlling desires directly impacted his outlook, beliefs, and knowledge.  He interpreted events at the end of “Revenge of the Sith” as attempts by the Jedi to overthrow the government.  Suddenly he “knew” that he had been lied to during his entire training by the Jedi, and in “reality” they were trying to cause turmoil and disorder.

Instead of viewing his training as an attempt at teaching him how to find life by giving his own in service of something greater than himself, he now “understood” that the Jedi were trying to rob him of what was rightfully his – his raw power and personal will – because they did not want to lose their own power to him.

One of the important truths in life we need to understand is that there aren’t “good people” and “bad people” in this world: there are only people who choose to be influenced by different desires.

We all have the same kind of desires floating around within us that are enticing us to take steps that lead down certain kinds of paths.  The paths we travel mold us in certain ways: some good, some bad.  Some things that at first seem innocent begin journeys down conclusively dangerous paths.

What wants and desires are you choosing to empower?  How are those wants directing your knowledge, your beliefs, and your life?