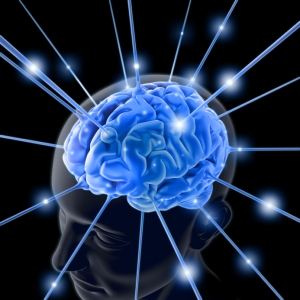 What does it mean to “know” something?  Unfortunately, that’s a really complicated question with a lot of possible answers.

Popular sentiment is that scientific knowledge is the highest form there is.  If you can test it and “prove” it, you know it more certainly than anything else.

Which begs several questions: is scientific knowledge really the most important kind of knowledge?  why do we think it is?  and what other kinds of knowledge are there?

Those first two questions kind of go together.

Seventeenth Century French philosopher Rene Descartes began to popularize the idea that certainty (knowing something completely without any room for doubt) is the most ideal kind of knowledge.  Thus, the easiest kind of knowledge to quantify and categorize along degrees of certainty is the knowledge that corresponds to what we physically observe: science.

Modern science has shown itself to be quite effective in explaining several aspects of our physical reality, and over the last few hundred years, advances in scientific knowledge have directly corresponded to advances in power.  And where a method to increased power is found, typically humans flock like moths to a flame.

But is science the most important kind of knowledge?  And is certainty a proper rubric for determining the quality of claims to knowing something?

To the person who has invested large portions of his or her life to science, the tendency indeed is to associate science with the top of a mythical knowledge hierarchy.

Based on the last blog post, this is typically exacerbated by the fact that since whatever community(s) such a person wants to belong to also typically favor science, for a person to question this point is to risk alienating those whom they want to impress.

But I don’t think the way we typically live our everyday lives suggests that we actually, in practice, treat science as our most important knowledge.

As a personal example, the choices I make and the life I lead, in general, are based around my belief that the universe has a purpose behind its existence.

More specifically, I know I love my daughter and as such order much of my life around this fact.  And love is certainly not scientific (meaning, while the emotions associated with love can be explained scientifically, the way I identify – know – that I love someone is not by going through the scientific method of knowing; I just intuitively know it). 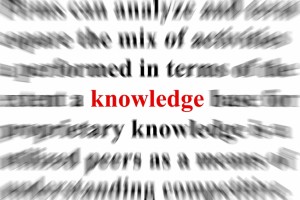 Likewise, the way we know other people and the ways we learn how to perform jobs and how to develop skills are not scientific.

I know my family and my friends not by the facts I know about them and behaviors I observe (though of course these contribute) but rather through some undefined combination of variables in which I begin to know the essence of who they are.

I learned how to play guitar and sense timing in music not by observing where my fingers naturally moved or what my ear naturally heard but through training my fingers and ears through unnatural repetition that developed an unquantifiable skill.

None of this is meant to belittle science, but simply to make clear that the kinds of knowledge in which we operate and function in everyday life are seldom what we understand to be “scientific.”

That does not denigrate the importance of scientific knowledge, nor does it elevate the status of other kinds of knowledge: it is to put into perspective the fact that there are various kinds of knowledge we need in order to function in the ways we have socially chosen to function.

I don’t think it is fair or even possible to distinguish which methods of knowing are “more” or “less” important than any other.

The important thing is to understand what kind of knowledge is being employed in specific aspects of life.  We need to realize that the meanings we give to facts – be they scientific facts or otherwise – do not themselves come from science or some neutral place but from the mesh of motivations  we’ve previously discussed.

There is no such thing as pure objectivity, and likewise Descartes’ dream of certainty – knowledge without any doubt – is also impossible, because doubt is not a product of knowledge but is a result of our background biases and philosophies.

The Matrix movies popularized a classic philosophical puzzle: prove that your life is not actually a dream.  Prove that your physical senses represent something that is truly real and not figments of your imagination.  Prove that other people are real and are not likewise simply part of a dream.

The honest truth is you can’t, not with certainty and no room for doubt.

At very basic and fundamental levels we are all operating on faith, but we don’t understand the faith we use to get by every day AS faith.

But when you really begin to analyze the depths of what is “certain,” you realize just how dependent we are on faith in everyday assumptions.