I want to talk a bit about what motivates us to think, believe, and act in the ways we do.

We have discussed some of the emotional and cultural factors that can influence us, but we haven’t looked at why or how we initially form our patterns of thought and behavior.

The first thing to note is that the belief that we all think or reason in the same way is false.

I am often frustrated at the difficulty or outright impossibility of trying to communicate with others.

We all usually expect that when we speak or write, others will understand what we are trying to communicate, even if they don’t agree. But I think the frequency with which this fails is underestimated.

So what are some of the reasons we don’t all think and behave in the same ways?

Beyond this, though, what accounts for our formation within our specific situations?

We all by nature are largely motivated to think and act the ways we do in response to gaining the approval of people whose opinions we value.

We all seek validation, and likely one of the first forms of validation we received came from parental figures whom reinforced particular thoughts and behaviors. Some of those memories are likely to stay with us forever. 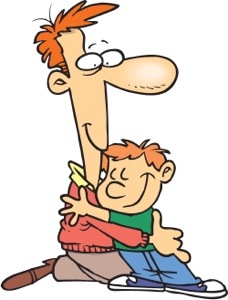 As we mature from childhood into adulthood we begin to create our own identity. Often this includes rejecting certain aspects of our parental figures’ thought and action and selecting role models and peers with whom we look to emulate and spend time with.

But here’s an important point: we don’t always choose our friends or the groups we associate with.

Often we just kind of “fall in” with anyone who provides companionship, friendship or love. And being accepted or respected by these people then becomes incredibly important to us because we both like them and fear we might not find other people with which we can relate.

In this way our thinking and behaving become drastically impacted by the people who form our closest personal communities.  In other words, we allow our friends to change the ways we think and act, often without realizing it.

As a generic, fictitious and overly-simplified example: why would I as a strict and devoted libertarian who believes government is the cause of society’s problems even begin to imagine why a zealous socialist thinks more government is better?

What if I actually started to find the socialist’s ideas compelling? What would my friends think? What would I think about myself?

If you think that kind of characterization doesn’t apply to you because you make it a point to be a free-thinker who isn’t tied down to any particular group or belief, I would suggest that thought itself is part of the group and belief you associate with – what would your friends say if you stopped being a “free-thinker” and began ascribing to particular ideas and beliefs of a group? What would you think and feel about yourself?

All of us seek the respect and affirmation of certain people and to some extent allow our thoughts and behaviors to be determined by whomever those people are. Sometimes we may need to ask ourselves hard questions about whether those influences are positive or not.