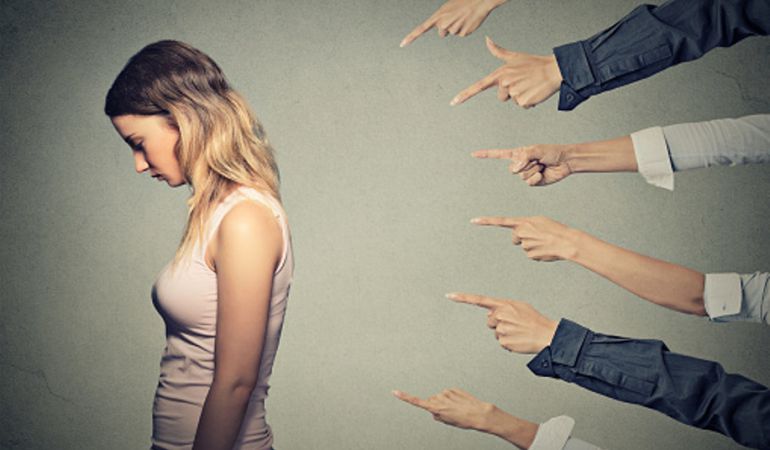 Living life with feelings of guilt or shame stinks.

If you’ve lived any significant number of years, chances are you have some regrets.  You’ve probably made some choices and done some things you wish you could take back.

I know I certainly have.  And it’s been really tough for me to make peace with myself.  I mean, really tough.

When you’ve hurt someone greatly, and in ways that you can’t make better, how do you move on?  What if you’ve failed a group of people in a serious way?

It weighs on you because you know you’ve ruined your ability to speak meaningfully to that person or those people – trust has been damaged, sometimes to the point of no return.

And it weighs on you because your mistakes can strike at the heart of your being – your identity.

I’ve seriously failed several people in my life in different ways, and it’s made me doubt who I am.  Being unable to take back what I’ve done and unable to meaningfully make things better for those I’ve wronged throws my self-conception into confusion.

Most of us don’t think of ourselves as “bad people,” and in a real sense none of us ought to.  To make mistakes comes with being human, and few of us intentionally set out to hurt others.  But, then, sometimes we do set out to harm and come to regret and question ourselves in hindsight.  How do we make peace with that?

My own guilt and shame likes to lurk at the back of my consciousness and reappear whenever I begin to do something that might draw attention to myself.  A decent bit of the shame is socially constructed – I fear what people might think of me if they knew everything about me.

More importantly, though, that fear extends more to my family than to myself – forget how people’s opinion of me affects me personally: how would it negatively affect those I love the most?

It’s at these junctures that the way in which we construct our self-identity is so crucial.

When I first started writing this blog five years ago, I spent the bulk of my time from the outset setting a large foundation on which to justify how we understand who we are.  It’s a complicated issue that we get horribly wrong a lot.

We often choose to base our identity on that which is either fickle or (ultimately) inconsequential: the approval of others; our job; our nationality; our paycheck; our toys; our accomplishments; our political orientation; etc.

I’ve long held that the means to living a truly fulfilled life comes in confronting and working through the really important questions regarding our existence and coming to peace with our decisions.  I believe this because it makes a drastic difference to my self-conception whether I exist due to chance or to the will of something greater than me.

Most of us spend the majority of our lives avoiding these questions, of this I am very confident – whether we identify as Muslim, Hindu, atheist, Buddhist, Christian, agnostic, or (most commonly in the West) apathetic.

Which is a shame, but I get it.  A lot of us have been burned by religion, so we extrapolate our experience with other humans onto our understanding of life.  Apathy and denial are certainly easier paths to follow from an effort standpoint, but I do believe they result in a much emptier life, which is why I advocate working these things out.

As a Christian, I try to cling to some of the underlying meanings of Easter.  My self-identity is found in being an intentional creation of a God whose Being manifests love into reality.  This God condescended to complete humiliation and debasement by choosing to become subject to the worst kinds of injustice people and institutions can conjure, something we all run the risk of being victims of in our unfair world.

The promise of Easter is victory through defeat, something more American Christians need to embrace.  God takes the servants, the lowly, the discarded, the broken, those who understand their failings but desire to be made whole, and embraces them in love if they choose to turn to Him.

It’s radical, scandalous grace on offer from a God who shows that triumph comes through death to self, death to personal ambition and agendas, death to exerting power over others and  instead undermining worldly powers through sacrifice and love.

Because of this, it really doesn’t matter what other people think of me.  I repent of my mistakes, the ways I’ve hurt others, and I can’t express the level of my sorrow and regret.  I’ll have an accounting before the throne for those, though thankfully with a precondition of grace and forgiveness.

That doesn’t mean I’m free to be a jerk who doesn’t care what others think of me, it just means my sense of worth and purpose isn’t dependent on other people.  It’s solely dependent on God’s feelings for me and His direction.

Because of Easter, I am reminded that the worst judgment of mankind isn’t the final word on who I am – the God who defeated evil and death is.

There is no more condemnation.