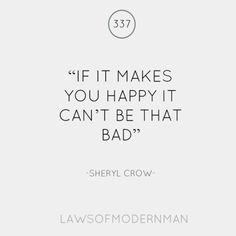 If you can’t sleep, might as well write about sex, right?

As a single guy in his early 30s, I do my fair amount of thinking about sex.

Two or three months ago I wrote a mini-series on this blog about sex.

And yet there’s more to say, if only because I am continually struck by how miserable we are individually in this society.

I think a lot of the misery is masked by a veneer of happiness, and sex is in the middle of it.

Our culture offers us no sense of meaning in life.

That’s no surprise and hasn’t lacked for commentary for the past 40 to 50 years, but many of the nuances and connections for how that impacts your life and mine often escapes us.

Our cultural metanarrative is that there is no true metanarrative, and for those of us who are religious, we often struggle to realize we aren’t supposed to buy into that, but many of us don’t realize that we actually do.

The Greeks had their ideal of a virtuous life.  Medieval Europe had their hope and inspiration that more about the world could be discovered because they thought the God who made the world was a God of order and reason.  And we have our concept of, “Meh…whatever.”

In the unacknowledged Dark Age we live in where we are still recovering from the fallout of the two most destructive wars humanity has ever waged, the hope we have left involves clinging to the scrap of the Enlightenment-induced illusion our republic was founded on that claims some sort of right to “life, liberty and the pursuit of happiness.”

Survival of course trumps that, but in our ludicrously opulent society even the poorest of us often are well-off enough to be able to ponder if survival is worth it, after all, because we aren’t happy.  That’s not really a luxury the vast majority of humanity has had for nearly all of human history as the struggle to survive has been difficult enough that engendering the possibility for that type of reflection has been neigh impossible.

To quote an annoying Sheryl Crow song from my freshman year of high school, “If it makes you happy, it can’t be that bad.”

This is what we in the West believe.  We have no overarching meaning left, so, dang it, be happy!  And our deepest rage is reserved for those groups of people who we view as standing in the way of our own or others’ happiness.

Thus it becomes unfathomable for us to imagine how anyone could stand in the way of someone else getting happiness from and with someone else they can have sex with.

As happiness is idolized, so, too, sex thus becomes one of the highest forms of this idol.  Even within relationships that are devoutly Christian.

It likely takes a single-person who isn’t having sex to point this out, so I’ll use the platform as an admonishment for our entire culture, to Christians and non-Christians alike: happiness itself is not the primary meaning of life.

In a weird and prescient sort of way, the second line of Sheryl’s chorus asks a good question: “If it makes you happy, then why the hell are you so sad?”

Being happy should not be our top priority, nor does feeling happy necessarily reflect the ultimate good for a human life.

I’m not advocating misery nor trying to spread gloom simply because I’m not happy (actually, I generally am).

What I am suggesting is that the meaning of human life is not to be happy.  Being happy is not the best thing.  It can be a good thing, but when it is made the thing, it threatens to rob us individually and socially of our best lives.

Most cultures throughout history would readily agree, admittedly for different reasons.

This is worth reiterating to my fellow Christians because so, so many of us have not understood this.  So many of us have unwittingly lived our lives according to the metanarrative of meaninglessness that leads to near-complete abandon in the pursuit of happiness while supposing that we’re living the Christian metanarrative.

We have supposed that the loving thing is to support any genuine pursuit of happiness, but depending on many variables, this kind of support may not be genuinely loving or – ultimately – result in that which is better than happiness for ourselves or others.

We do ourselves all a favor to acknowledge there are more important things than happiness and that our lives will be better and more fulfilled for it.

One thought on “Sex, happiness and meaning”