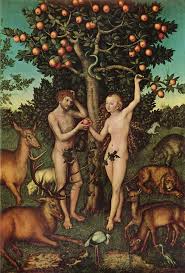 When it comes to sex, St. Augustine was one of the first feminists.

There are various interpretations of Augustine’s writings, as one might expect from someone who was so prolific. There is also a bit of trouble translating his Latin.

The following is a summary of what I consider to be an excellent interpretation of Augustine by John Cavadini of Notre Dame in “Feeling Right: Augustine on the Passions and Sexual Desire.”

As discussed in the previous post, Augustine had a self-described addiction to sex until his mid-30s. He eventually found freedom in Christianity, which is also when he began to fully blossom as a writer.

His discourses regarding sex quite evidently reflect reactions to his past experiences, but his brilliance and introspective abilities make it impossible to attribute the bulk of his ideas to knee-jerk responses.

For Augustine, humanity’s Fall resulted in a crisis of the will. Man’s fissure with God is also an internal dislocation, where our soul lost the ability to summon up an undivided act of the will.

This is relevant to Augustine’s view on sex because it means humans are no longer capable of doing anything that is not tainted by sin; the nature of physical reality itself is no longer pure and as God originally created (essentially a summary of Augustine’s doctrine of original sin, now a staple for Catholics and Protestants).

As Cavadini notes, this inherent altering of emotional and physical reality meshes well with many feminist critiques of the political implications of the act of intercourse. He quotes Andrea Dworkin:

“The experience of fucking changes people, so that they are often lost to each other and slowly they are lost to human hope. The pain of having been exposed, so naked, leads to hiding, self-protection, building barricades, emotional and physical alienation or violent retaliation against anyone who gets too close.” With regard to pleasure: “Because a woman’s capacity to feel sexual pleasure is developed within the narrow confines of male sexual dominance, internally there is no separate being…There is only the flesh-and-blood reality of being a sensate being whose body experiences sexual intensity, sexual pleasure, and sexual identity in being possessed: in being owned and fucked.” The corresponding male version of sexual pleasure is in this scheme scarcely distinct from the pleasures of domination, of hatred, and, even in its tenderest moments, of the threat of violence.

There are similarities here with Augustine’s thoughts regarding the state of sexuality after the Fall, better understood within the broader context of his overall critique of human emotion.

Analyzing Augustine on emotion is difficult due to nuances in translation. In Book 14 of “City of God,” Augustine seems to make a distinction between “passions” and “emotions” that is often lost on translators.

Augustine understands “passions” to be pathologized versions of “emotions.” He states that sin and all defects in human character stem from passion, not from emotion. The four passions (which are also emotions, and not to be confused with emotions of the same name) are desire, joy, fear and grief.

Augustine distinguishes passion by stating that it is experienced by a person as a disturbance, a movement of the soul that is contrary to reason. According to Cavadini:

Passions have a life seemingly independent of ourselves as reasoning beings. As such they are disturbances, they are like “storms and tempests,” properly compared to a sea in a storm, and so they seem to come from somewhere else other than the rational mind, which they disturb, which can be said to “suffer” them as passions.

The emotions of desire, joy, fear and grief are not intrinsically good or bad. Augustine believes the determining factor in whether emotions are right or wrong is a person’s will: “If the will is perverse, the person will have perverse emotions, but if the will is right, not only will the emotions be blameless, but even praiseworthy.”

In the same way, “passions” are also acts of the will, but they are acts of a person’s corrupted will, warped by what Augustine thinks to be the original sin, pride; “so warped that they seem to represent a will different from our own.” 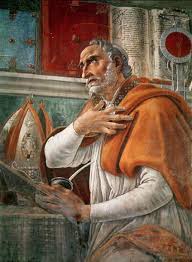 I will quote Cavadini at length to explain further:

“Pride”…is the…sin of an illusory elevation of the self over God, a will to be independent of God as though one were one’s own…foundation of being…The prideful will is itself characterized as an “appetite,” specifically, an appetite for a perverse exaltation, a being pleased with oneself more than one is pleased with God. The prideful are the “self-pleasers”…those who are pleased with themselves in the sense that they came to enjoy themselves as their own “first principle.” Since this, however, is contrary to reality (since one is not one’s own first principle), living with oneself as one’s primary pleasure means living an affective life that cannot give an account of itself, except as a dissimulation. One loves as though one were the sovereign ground and origin of one’s own good, and since that is a lie, one is somehow loving a situation in which one’s own sovereignty is precisely what one loses. The “self-pleasers” are “given over to themselves”…and the moment of self-pleasing, of pleasure in one’s own power or ability independent of God, is a moment of turbulence of emotions and desires, a dis-integration of the life of willing and loving in which the emotions can seem to oppose and even win out over the will.

This is directly related to understanding sex, because to Augustine – in our Fallen state – sex is inseparable from lust, and lust in turn is the epitome of the “passions” (an extension of “desire”). Lust is definitively not sexual desire, but Augustine thinks it so intertwined into our being that it is impossible for us to imagine what sexual desire minus lust would even look like. Lust is:

a desire which is supremely unfree, which, when present, is felt as a kind of “goading” and which, when absent, cannot be called up at will. It gives rise to a pleasure which is “unsurpassed among physical pleasures” and which involves the almost complete obliteration of the mind’s powers of discernment. Lust is the expectation of and desire for that pleasure…trying to imagine sex without lust is not the same thing as trying to imagine sex without feeling, even intense feeling. And yet it almost amounts to the same thing because lust has such a firm grip on the emotional life of the fallen that it is hard to imagine or to speak beyond it.

It is here that Augustine’s critique of his society could be described as “feminist” and shows just how radical his ideas were, not only for his time, but even for the present. He laments the fact that sex inherently involves violence towards women, particularly as experienced within the civil pagan religions of his time. He describes standard wedding night rituals involving the pantheon of Roman gods, and the description comes across as socially-encouraged rape.

Augustine attempts to paint pictures of what sex might have looked like prior to the Fall but readily admits that any attempt at illustration is essentially impossible due to the prevalence of lust within us.

Dworkin, too, tries to imagine intercourse without “entry, occupation, and colonization/collaboration,” in which “thrusting would not be considered as necessary as it is now…more a mutual lying together in pleasure, penis-in-vagina, vagina-covering-penis, with female orgasm providing much of the stimulation necessary for male orgasm.” Yet, she (like Augustine) states such imagining presents a scenario that may not look like intercourse at all.

Augustine is often criticized for not realizing that sexual pleasure in itself is something that can enrich a couple’s relationship, but according to Cavadini, that is not the point of Augustine’s reasoning. The question Augustine is interested in asking is:

whether there is any sexual pleasure possible without a taint of violence or complacency (“self-pleasing”) in it. The question would be, what are we taking pleasure from? Pleasure, as Augustine is at pains to point out, is an affair of the soul, not the body. The pleasure that satisfies lust, qua lust, is not the enjoyment, physical or otherwise, of the awesome beauty of another person as the creation of God, because lust is based on pride, and pleasure in someone else’s being as God’s gift to them is rather pleasure in humility. For example, can we say that any act of sexual delight is completely free from smugness, from self-admiration, from the slightest hint of “self-pleasing” in the mastery of the “skill sets” of popular magazines, in the thought that one is an accomplished, or at least halfway decent, lover? Violence includes the admiration of power or ability as power or ability.

Augustine believes that only in Christ are we offered a “reality of an emotional life which is fully free of the dissembling that is at the heart of ‘passion,’ and so calls to us beyond that dissembling to deeper feeling, to self-possession.” 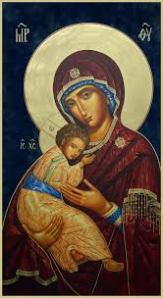 To Augustine, “Christ” is not a person or thing that is abstract or in the past, but the baptized believer actually is Christ, is united with Him as part of the Church, which is both the Bride and Body of Christ according to Paul in scripture.

The Incarnation is Augustine’s hope, that while we are presently still subject in measure to lust and unable to as yet completely be rid of it and other echoes of the Fall, we can begin to appropriate in Christ part of what the greater pleasures are of which sex is merely a pale metaphor, mainly the reality of what God’s love itself is. God’s solidarity with us as given through Christ’s emotions begins to point the way, as Cavidini writes:

Christ…feels our fear, he feels our fear with us, and so in that feeling of fear there is, equally and precisely to the same extent as the fear is accepted and felt, compassion. Christ’s feeling of our fear is his compassion. Christ feels fear truly but that very feeling is an act of solidarity and love for us. That means, too, however, that as we use Christ’s words, ‘My soul is sorrowful unto death,’ we, as members of his Body, are being transfigured into Christ’s way of feeling…The Body in its members may still feel lust, but in the struggle to imagine something else, to be formed in our desires according to Christ’s love, we discover that what the passions kept us most from imagining was the love of God, the unfathomable compassion of God in Christ. Not being able to imagine emotion without passion—the emotions of Christ—means not being able to imagine God’s love. That is the fundamental barrier set up by lust and all of the other passions, and setting the heart right in justice means beginning, just beginning, to imagine that love actively, in our own feelings, and so to learn new pleasures we had not imagined before.

One thought on “Sex, passion and lust”