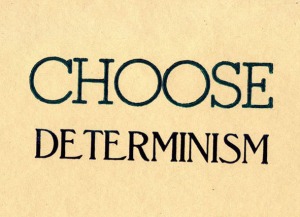 Let’s break down the Nicene Creed and appropriate Scripture to the basics of what the Christian historically believes about the nature of reality.

“I believe in one God, the Father Almighty, Maker of heaven and earth, and of all things visible and invisible…”

Well.  Talk about bang for your buck; that’s a lot of information per word.  So here we go.

The Christian believes there is only one God – not many; not zero; One – known as the Father in the Bible.  This Being called God is the Maker of “heaven” and earth and all visible and invisible things…which means what, exactly?

Heaven is, as  you likely know from cultural saturation, God’s abode.  It and the spiritual realm in general comprise the “invisible” things mentioned in the Creed.

We know from Scripture (in places such as Genesis, Job, Isaiah, Ezekiel, Daniel, the Gospels and Revelation) that the spiritual realm is at war between the powers of good and evil.

Some theologically liberal Protestant Christians contend that there are no spiritual powers of darkness, but this is a drastic departure from Christian tradition and a sloppy way of reading the Bible – and, frankly, of comprehending life experiences.

There is evil in this world that runs deeper than human culpability.  Surely people are responsible for much evil, but much is also inexplicable.

From the true stories of birds that have changed migratory patterns so as to avoid the former locations of concentration camps in Europe; to the long litany of stories of demonic possession and subsequent supernatural exploits that baffle logical explanation; to the feelings we have in our bones from time to time that something is just “off” about a situation, place or person; an honest assessment of our world concludes that something just outside our periphery seems to be at work.

Isaiah and Revelation provide much of the background Christians have for the nature of the Enemy.  The sections in question are historical allegories describing the Babylonian King Nebuchadnezzar and Roman Emperor Nero, respectively, but also have multiple layers of meaning (as Hebrew prophetic writing often did) that explain in part the history of the spiritual realm.

God created beings called angels “prior” to the creation of space-time.  According to Scripture, angels are God’s helpers, beings that are distinct from and serve different purposes than humans.

The leader of the host of angels and most beautiful of God’s creations was Lucifer, who at one point we are told determined to become god himself and rebelled, taking a third of the angels with him.

It was this Lucifer (called elsewhere the “satan,” or “adversary”) that tempted humanity in the Garden of Eden to commit sin (and succeeded), and later tempted Jesus in the wilderness for 40 days before Christ’s earthly ministry began (and failed).

If you’re at all like me, you are likely raising an eyebrow in skepticism right about now.  It all sounds even more fanciful than accepting the legitimacy of the Resurrection (which, at the very least, is an historical claim that can be studied and analyzed).

And if not for the evil I have experienced and the effects I have seen the name of Jesus have on that evil, I would also be slow to accept it.  But said experiences I have indeed had.

One important reason to warrant awareness of the demonic is the impact it has on philosophical questions that ultimately undergird how we live our lives.

For one thing, it is commonly understood that Christians think people are to blame for the existence of sin and evil.  Well, that isn’t historically true.  The mantle of responsibility for initiating rebellion against God does not lie with us; allowing it to infect God’s physical creation, however, does.

But how did Satan rebel?  Did God create him to “go bad,” or did he have a choice in the matter?  And if he was made a perfect being as we are told, how could he choose to reject the Source of beauty, life, and love – all things that are good?

Thomas Aquinas pondered these questions and came up with an answer that sounds plausible given what little we actually know, but may have inadvertently contributed to a dangerous view concerning determinism among Reformed Protestant Christians, beginning in the 16th Century. 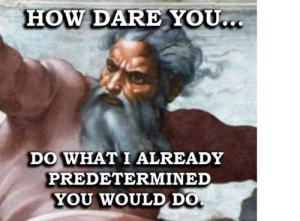 Aquinas believed in the reality of free will (though to be clear he simultaneously accepted election – likely the paradoxical truth but overly complicated for our pragmatic purposes) and taught that Satan chose rebellion.

Historically the Church has consistently taught the same: choice has been considered a defining characteristic of humanity.

Love is only possible through a person’s ability to choose to love another, and it is God’s desire to increase the love inherent in the Trinity through creation.  To allow created beings the opportunity to choose to love Him also grants the option to reject Him, thus accounting for the existence of evil.

A branch of Reformed Protestant Christianity stemming from John Calvin rejects the idea of free will in favor of a strict understanding of the Biblical notion of predestination – that God has intended all along for certain humans to love Him and others not to.  This is not historical and, when taken to its limits, is incredibly morbid.

Yet scientific naturalism would seem to concur with this concept.  Choice must necessarily be only illusion when considered from this vantage.  We are, after all, only products of our genetics and environment, predisposed to do what we do.  From where could a “will” arise in this paradigm?

And if determinism is true, then what is the point in caring about anything we do?  It’s not as if we can “help” our actions – they’re predetermined.  We’re just machines carrying out our programming.  I see no escape from nihilism, nor, indeed, do proponents of naturalism; most agree that people should be encouraged to live “as if” they have choice, lest the world decend into anarchy.

Interesting, that: that a lie would be necessary for humans to believe to reach their highest potential.  Perhaps that demonstrates in itself that it may not be a lie, after all.  It doesn’t make evolutionary sense that a species could maximize its ability to thrive by believing a distortion of reality; accurately understanding one’s surroundings is the best way to account for dangers inherent and suddenly arising from any environment.

And no one can successfully live as if choice isn’t real.  No one can live (healthily) without love in their lives, and love is not possible without the “appearance” of free will to choose it.

Yet the question remains: how could a perfect being (Lucifer) choose to rebel against God?  And the question becomes even more complicated when we consider the end goal of humanity according to the New Testament: for those who are alive in Christ to be resurrected and glorified as Jesus Himself is; to be made perfect as He is perfect and to no longer sin……but if Lucifer could sin, and he was perfect, how can that be promised?

Aquinas answered this question by proposing a qualitative difference in knowledge of God.  Lucifer had as perfect a knowledge of God as any created being could attain through its own effort, but humanity will have intimate knowledge of God aided and enhanced by God’s grace, which will so thoroughly reveal God’s glory and beauty that humanity won’t have the option of withdrawing.

I don’t know about you, but that sounds an awful lot like irrisistible grace, which would mean our free will would have been limited (if not “technically,” then effectively), which would again call into question whether we are actually choosing to love or being in some sense coerced – and thus the “love” would not be true love.

It’s quite possible I’m misunderstanding Aquinas, but I think some different emphases and potentialities better address the portrait of reality presented by Scripture.

As I understand it, Aquinas attributes Lucifer’s fall to, in essence, the devil eventually realizing, “I’m not God, but I should be.  Blargh!”  Pride is at the root of this fall (I wouldn’t disagree), but there is no specified catalyst (Aquinas does teach that God tested the angels, and the result of this test revealed defects in the fallen angels…how, if they were created perfect? I would wonder).

Loosely picking up the line of thinking attributed to 17th Century nun Maria de Agreda, I wonder if the nature of God’s intended relationship with humanity planted the seed of envy within Lucifer’s mind.  After all, tradition tells us Lucifer was the most glorious of God’s creatures, yet he learned that God intended to create a new kind of creature to eventually be more intimate with Him than any other.

This resonates with me as a quite possible cause for Lucifer’s fall, and the nature of humanity’s future relationship with the Trinity likewise provides the key for understanding how the promise of no future sin can hold up. 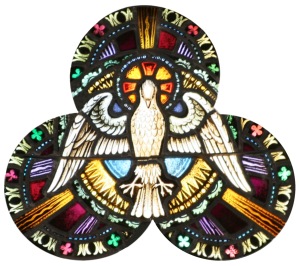 The result of the Incarnation of Christ is such that redeemed humanity’s future is complete interconnectedness and communion with the Trinity itself.  Christ became man for all eternity so that man could become like Christ: as divinity grafted itself into man, in turn man will be grafted into divinity.

To be completely clear, that does NOT mean man becomes God Himself or gods themselves.  It DOES mean that our identities remain unique and distinct but simultaneously inseperable from the Trinity.  The process the Christian undertakes to begin moving to this end is alternately known as theosis, divinization, or sanctification.

At that point it will be less a matter of God’s grace being irrisistible as it will be a matter of rejecting God being akin to a Person of the Trinity rejecting another Person – they are distinct yet One, inseperable through love and substance / essence.

That is the relevance and composition of the “invisible.”