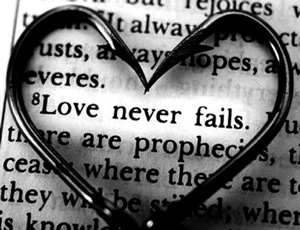 It’s weird that people choose to be Christian, isn’t it?

To follow the teachings of a guy who lived 2,000 years ago among a marginalized, minority cultural group. To associate with a religion that has several sects that are synonymous with modern-day American zealotry.

Why would anyone, myself included, drink that Kool Aid?

I was born into the Church, but I’ve chosen to continue being Christian as an adult, despite doubts, frustrations, and uncertainty. Why?

For one, I find it to be beautiful.

In itself that’s no justification, but just as it’s rare to come across an outspoken atheist who doesn’t want God to not exist, I have to admit that I want Christianity to be true.

Where Friedrich Nietzsche despised a religion that worships weakness and failure, I celebrate one that recognizes that love requires sacrifice; that teaches that in serving others and denying selfishness I paradoxically find life.

But while that may be well and good, you can still appreciate those things and think that Christianity is built on false foundations. There are plenty of other beautiful religions and philosophies – I find aspects of Hinduism moving and poetic, but I’m not a Hindu.

Likewise plenty of people admire Jesus but think it’s ridiculous that any human could be divine.

So, again, why? Why believe that a would-be Jewish messiah is God in human form? 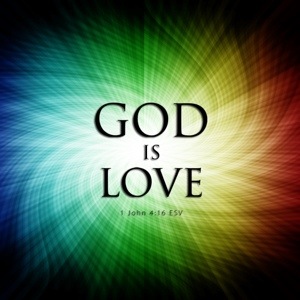 In short, because of the way I understand history, and how that understanding provides a great way of framing my experiences and several of life’s big questions.

Christianity has an interesting distinction from other religions and philosophies in that it is utterly dependent on history.

If a single historical event did not actually happen, the whole Christian edifice would collapse: the Resurrection.

If Jesus did not rise from the dead, then he remains a fascinating teacher, but surely the belief that he is divine is a great hoax. If he died and stayed dead like, well, people do, then it’s a pretty safe bet that he was just another dude.

And it’s an outrageous claim – a man died, was dead for three days, then, poof! Not dead!

So why believe that a dead man came to life?

As N.T. Wright explains in his book The Resurrection of the Son of God, the undeniable historical phenomenon that has to be explained within its context is how in the heck Christianity exists. We do not have an historical explanation for its existence apart from the Resurrection actually happening.

There were a whole lot of dudes who claimed to be the Jewish messiah back in the day. Without exception, all of them failed – the Romans killed them one way or another, usually at the end of an uprising they tried to start.

If you were a Jew and had followed a failed messiah, you went looking for another one to throw off the Roman yoke. It happened quite a few times until Rome had enough and raised Jerusalem to the ground in 70 CE.

Jesus was an outlier to other would-be messiahs.

First, he didn’t primarily care about the Roman oppression. Second, he didn’t want to start a military revolution against Rome. Third, he appears to have claimed to be divine, which is not at all a Jewish thing to do, nor something anyone expected the messiah to be. Fourth, he died in utter disgrace – arrested without a fuss and executed by the state in a manner that was completely repugnant to Jews.

Then, unlike the followers of other supposed messiahs, his disciples didn’t go searching for a new one – they claimed he came back to life. They talked to him, saw him, touched him, ate with him, and said he commissioned them to institute the Kingdom of God on earth through peaceful means.

OK, so his followers must have stolen it as a hoax.

OK, so the disciples honestly believe he is alive again, but it’s only a few who actually claim to have seen him alive, and maybe they’re hallucinating, and everyone else is just going along.

But it’s more than a few – they claim Jesus appeared to over 500 of them at the same time and stayed with them for 40 days, and they’re encouraging everyone to verify it, to talk directly to those who have been with him.

OK, well, maybe he wasn’t really killed on the cross. Maybe he just passed out and woke up after three days.

But the Romans are pretty good at this crucifixion thing – they do it a lot. They know how to kill people and make sure they’re dead, especially someone they kill on the pretenses of being a political threat.

Plus, a not-quite-dead Jesus emerging from a tomb in three days is not going to fool anyone into thinking he has defeated death when he looks like death itself, and his disciples say his body was glorified and only scars remained from the nails.

The historical argument boils down to this: we have to explain how a group of ordinary Jewish men and women became convinced that a horribly disgraced, failed messiah was God-made-man and physically came back from death.

Their enemies (and there were plenty) could not prove them wrong because they couldn’t produce a body, and more than that, because the disciples swore that he was alive and glorified.

Not only that needs explaining, but also how these disciples started what became the world’s largest religion.

Most weren’t educated, and they didn’t have motivations like power, prestige, or political control – these were ordinary fishermen and peasants.

Wright shared a story of the reaction one of his friends had upon reading The Resurrection of the Son of God. His friend responded by saying, “You’ve done a beautiful job outlining the historical argument for the Resurrection, and I can’t find fault in it. The Resurrection is the only explanation we have that can historically account for the emergence of Christianity. However, I choose to believe there is another explanation, though I don’t know what it is.”

And you know, that’s fair.

But as bizarre as it is, the only explanation we do have that makes sense of all the factors in the historical event is that Jesus rose from the dead.

But that by itself is not why I’m a Christian.

Because even if I grant that, it has no impact on my life right now.

So Jesus rose from the dead – the world still stinks, my life is still confusing, and a lot of horrible things still happen. What gives?

I don’t have a perfect answer; I still struggle with it. Probably always will. But I do know that if you look at the problem of evil in a different way, it could be posed as the problem of good: instead of asking “why does evil exist?” it is an equally valid and confusing question to ask “why does good exist?”

Why do we assume life should be good, and why are there good things in life? If evil is confusing, so is goodness.

But that’s just a philosophical-thing. What about my life, the life I actually live and experience?

There’s an open secret out there that we in the West typically sweep under the rug: weird stuff happens. Life is weird. The unexplainable happens every day.

And, sure, we can tell ourselves that what is confusing today is only waiting to be explained by science tomorrow, and there’s a lot of truth to that.

But if God is real, would He not be working in our physical world in ways we can observe through science? Theoretical physics holds that reality consists of dimensions beyond the physical in which the laws of science as we know them don’t apply – there are different rules at work that are nonetheless present all around us.

Christianity makes sense to me of the life I’ve lived and what I’ve seen.

My bishop tells the story of a friend who was scheduled to have his arteries cleared of blockage. His friend prayed that God would make his arteries as clear as a baby’s (every adult has some plaque and blockage).

At his next doctor’s appointment, the doctor informed him he no longer needed the procedure because he literally had no blockage – his arteries were as clear as a baby’s. My bishop called it a miracle; the doctor said it was just an anomaly. He asked the doctor how often he sees anomalies and the doctor responded, “I see anomalies every day.”

And of course for every testimony of answered prayer there are a thousand testimonies of seemingly unanswered prayer – someone asked for God’s help and looks like God didn’t show up. I can’t explain that any more than I can explain why some miracles do happen.

The human mind is powerful, and simply believing something to be true can have very dramatic physical impacts, for sure. That’s a legitimate and very odd truth – the power of our thoughts can and do impact our physical condition. 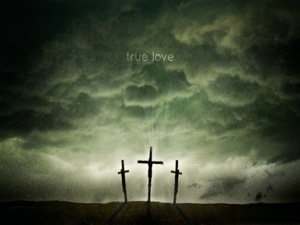 All the stories of miracles I’ve heard and seen can’t be attributed to the mind, though. People have been prayed for by others without knowing they were receiving prayer and been healed of cancer and other diseases. This stuff happens. Miracles (anomalies) are real – how do we account for them?

Lastly, the way Christianity addresses classical epistemological and moral problems seems to me the most elegant of any philosophies on the table.

As an example, why is there evil?

Christianity suggests that evil is real but emanates from powers opposed to God. We don’t know why God lets evil exist, but we know that God uses things that are evil to produce good. Nor does God remove Himself from the consequences of evil – He is here in the midst of it, suffering with us, not least of which when He died unjustly on a cross.

That’s a vision of life and love worth dying for.

7 thoughts on “Why in the world am I a Christian?”