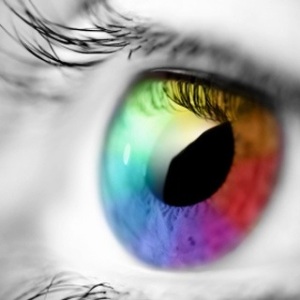 When I was a younger and more zealous individual, I thought there was only one correct way of understanding the universe and life’s meaning (if there was one), and all anyone had to do was be honest with themselves, add “a + b” together and we’d all come up with “c” as the answer; anyone who didn’t was just deluded.

Well, years later I’ve realized that isn’t true. There are quite a few different models, if you will, that make perfect, rational sense of life.

There is no such thing as an indubitable and irrefutable argument that will compel everyone to the same conclusion, because we all view life, the universe and everything from different perspectives.

So I’m no longer interested in crafting my own perfect argument, because that’s chasing a chimera.

I’m much more interested in listening to others’ perspectives and sharing my own.

We all like to think that, for the most part, our own beliefs reflect the best-available conclusions given the available information, yet we all reach different conclusions. Why?

The “why” and “how” of our beliefs is what I want to discuss here, using various everyday examples of issues as starting points.

In the interest of full disclosure, I consider myself an orthodox Christian – not orthodox in the Eastern Orthodox sense but in the theological manner that means I believe in the ancient understanding of Christianity as described in the Apostles’ and Nicene Creeds.

That doesn’t mean that I fit into any number of stereotypes you may have about Christians, but if that’s what you’re looking for, I’m sure you can craft an argument for it.

I have other beliefs, as we all do, but I consider Christianity to be the primary influence on my other opinions, so that is why I mention it at the outset.

I hope you’re interested in keeping up with the dialogue and graciously excusing me and calling me out if needed.

4 thoughts on “What is there to say?”