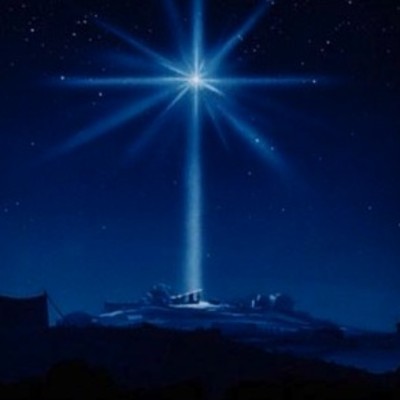 I’m worn out and depressed.

I’ve been going through a lot of changes lately, and I’m not happy with many of the results.

I lost a job and am adjusting to a new one with a long commute, and subsequently I moved apartments to cut down on said commute, so I’ve been packing and unpacking and cleaning and coordinating.

I’m wrestling with the moral implications of the job I just took because of the industry it is a part of (defense).

I lost day-to-day and face-to-face contact with a lot of my friends that I happened to work with.

And as I’ve written about here, I’ve been struggling with my faith in light of the choices many in the American Church have made regarding their political interaction with the world around them.

I feel distant from God and others, and in turn that tempts me to dive deeper into isolation – both physically and emotionally exhausted, forced social interaction makes me even more tired, as do reminders of the things I’ve lost.

Part of the distance I feel from God is my own doing, as I grapple with the person I’ve become in light of the events that have happened around me and to me.  I’m wrestling with sin, as sin comes in a variety of forms.

I’ve done a lot of harmful and hurtful things in my life, but I must confess that the vast majority of the time I don’t feel a particular “weight” of sin that other Christians attest to because of their shame over habitual actions, as I haven’t typically had very many habitual sins (which doesn’t mean I have none).

But there are both sins of commission (actions) and sins of omission (lack of action), and I remind myself that it’s easy to ignore or even be blind to the things I’ve neglected that nonetheless are acts of rebellion against God’s will – am I the man God wants me to be?  Have I done what he wants me to with my life?

My struggles with the Church and my own sin, combined with what’s going on in my life right now, have led me to withdraw somewhat recently from my own church.

As a practitioner of liturgical and sacramental Christianity, part of the regular liturgy the priest prays over me and others in my church weekly before partaking of communion reads:

“Ye who do truly and earnestly repent you of your sins, and are in love and charity with your neighbors, and intend to lead a new life, following the commandments of God, and walking from henceforth in his holy ways; Draw near with faith, and take this holy Sacrament to your comfort…” (1928 Book of Common Prayer).

And I’ve been torn in response to this in ways I haven’t been in the past, because I doubt whether I do actually intend to lead a new life than the one I’ve been living, and I’ve been questioning what that means to begin with, and as a consequence I’ve doubted whether I should take the sacrament of communion, which is a direct means of grace through participation in a union with Christ, at the risk of committing blasphemy, so I’ve felt an additional isolation I’ve imposed on myself from God.

But as the season of Advent is upon us and my mind drifts towards Christmas, I’m reminded that while God is indeed holy and to be feared (respected) in humility, his overarching characteristic is love and a desire to draw me close to him just as he condescended himself forsaking all the prerogatives of divinity to become one with his own creation over 2,000 years ago.

And while I may doubt the full sincerity of my intention to lead a new life, I know that at least in part that intention is there – I do deep down want to please God, but I’m confused and at odds with myself.  And that also reminds me of the portion of Mark’s Gospel, where a father brings his son to Jesus to rid him of a demon and demonstrates his own reticence:

“‘…if you can do anything, have compassion on us and help us.’  And Jesus said to him “‘If you can’!  All things are possible for one who believes.”  Immediately the father of the child cried out, “I believe; help my unbelief!” (Mark 9: 22-24, ESV)

Jesus does heal his son, honoring the faith the father did have – all we need is faith the size of a mustard seed as Jesus notes elsewhere in a parable in the Gospels.

And, absolutely, that is all you and I need, too, whether we’re talking about faith or intention or anything that would separate us from God in our minds.

If any part of you at all desires God, no matter how small, it’s enough for God.

God, I intend; help my lack of intention.

God is not scandalized by our failures, nor is he made unclean by touching our sin – just as Jesus never recoiled from the diseased and leprous but brought health to those who sought him, so he does to any of us.

God’s holiness is greater than our sin, each and every time.

And Christmas reminds us that God goes to any length to be with us – he is the father of the prodigal with arms open, waiting for us to return to his embrace, no matter how battered, bruised, confused, and double-minded we are.

He loves and accepts us as we are, and he will do so even if we always remain as we are, though his heart is to heal us.

It’s scandalous grace, and it’s alluded to well in a verse from my favorite Christmas hymn:

Long lay the world in sin and error pining,

Till he appeared and the soul felt its worth.

A thrill of hope, the weary world rejoices,

For yonder breaks a new and glorious morn.

2 thoughts on “The point of Christmas: draw near”