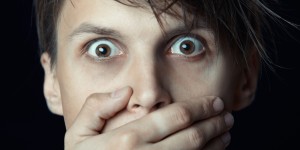 I couldn’t tell you why, but starting around the age of eight, the thing I wanted most in the world was to be married.

I wanted love BAD, and the desperation came out of my pores like some sort of anti-pheromone.

It’s obvious that the movies we watch, the music we listen to, the TV we see, and the advertisements we’re bombarded with encourage us to find love no matter the cost, and I have most certainly not been immune to the message.

It’s no exaggeration to state that the our cultural conditioning compels us to make finding our one true love the central goal of existence, and this ideology has permeated all subcultures within the West, including the Christian one to which I ascribe.

This of course isn’t a narrative unique to the West nor to contemporary times as any study of history, literature, or human procreative inclination will show.  Yet its significance is exponentially more important within our culture than those that have gone before.

All of us live in the first culture that has at its heart an effective philosophical understanding that ultimately life is meaningless.  That’s not to say that all of us explicitly believe that life has no meaning, but to state that the philosophical foundations from which our art and thinking stems have accepted that there is no such thing as a true existential reality that is universally applicable to everyone.

You hear it in how we talk with each other: “In my opinion…” “That’s true for you but not for me…” “Whatever floats your boat…” “Who am I to judge?…” “You should just do what makes you happy…”

That’s relevant to love because – in the first culture that implicitly leaves out a place for the gods or the centrality of the state – love fills the vacuum.

Humans have an inherent need to place something on an altar and hold it as most important, so love is a natural choice as the strongest virtue that often produces the most positive and powerful emotions.

It’s especially a natural choice in a consumer culture which caters to wants and perceived needs in order to drive consumption: what better thing to sell than that which appeals to some of our most primal urges?

And yet as a single man who has a daughter and has thus obviously had sex, I realize that this narrative of human love as ultimate runs counter to the Christianity I adhere to.

I’m as human as anyone, and I’ve run the gamut of feelings when it comes to being in love, having awesome sex, going without sex, having the highs of relationships when they’re going right and the lows when they completely fall apart.

Due to no intention on my part, I’ve inadvertently found myself removed from much of the pop culture I once saturated myself in: my daughter is seven so I’ve barely listened to pop music; where as a teenager I’d go to the movies every weekend, now I’m lucky if I see two per year that aren’t intended for little girls; and the only TV I watch is either kid shows, the occasional History Channel special or football.

And you know, a funny thing happened as I just went about my life minus the standard bombardments: I stopped thinking about sex and marriage so much.

Don’t get me wrong, I still think about sex and I am still liable to make any mistakes anyone else would as far as relationships are concerned.  But it’s become clear to me how much of our thought life is dominated and directed by culture, our peers and our family (who are likewise driven by the same forces).

The truth is, whenever I was in a great relationship, it still never gave me what I really wanted.

That shouldn’t be a surprise because we all understand that each of us makes mistakes and are thus lousy options for basing anything ultimate on, yet it nonetheless does come to shock many of us.

Most of us who do understand that have come to experience life with a certain level of background cynicism and mild despair: yeah, it ain’t perfect, but this woman or man is the one I love, so I’ll celebrate that love for what it is and, well…….what’s on TV?

It’s a kind of resignation, isn’t it?  “Well…this is life.  Guess I better make the best of it.”

We yearn for something greater than that, don’t we?  Maybe we’ve tricked ourselves into thinking we don’t, but deep down we really do.

Inexplicably, the greatest desire of my heart is no longer to be married.  I have my lonely moments for sure, but I am often filled by my family, friends and church – by community.

There is no deep-seated physiological need for sex.  Seriously.  And the emotions that accompany sex can be found elsewhere in different variations but with potentially deeper meanings: the knowledge that I am loved and accepted by God; the calm that comes from resting in His presence, or truly taking in the wonder of the world around me; laughter and tears with friends that understand our friendship will never end.

Sex and marriage can be nice additions to a life founded on these things, or they can be distractions and dangerous distortions.

But they aren’t the answers to the questions we’re asking at the core of our selves.