Soccer and the U.S. have always had a less than passionate relationship.  Not so for this American, though.

I started playing soccer at age six in 1988, the age when games consist of a cluster of 15 or so tiny children following a ball on the ground like dingos fighting over a carcass.

I came of age when the World Cup was played in the U.S. for the first time in 1994 (I still own packs of unopened commemorative trading cards) and witnessed the national bandwagon effect as for a brief moment in time Americans felt a similar zeal for football (as soccer is called everywhere else) as the rest of the world.

I remember the end of my playing days coming when I tried out for a select recreational team (one of several with loose affiliations to a pseudo-farm system for the now-defunct MLS – Major League Soccer – Tampa Bay Mutiny) the year before high school.  Because so few of us tried out, I made the team, but had a moment of clarity when I finally realized I just wasn’t very good.

But I still followed the sport professionally and internationally. 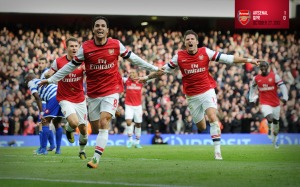 I was saddened when the Tampa Bay Mutiny folded and left Florida without a professional team (though David Beckham is currently starting an MLS franchise in Miami, former home of the MLS Miami Fusion).

I shared in the humiliation of the 1998 World Cup in France, where the U.S. followed up its shocking run into the Second Round in 1994 by finishing dead last, including a geopolitically painful loss to Iran.

While in college I stayed up to watch games at 2 and 3 in the morning for the 2002 World Cup in Korea, waking people up by shouting and jumping when the U.S. shocked fifth-ranked Portugal in route to advancing to the Second Round, where it stunned arch-rival Mexico to make it to the Quarterfinals before losing a tight game to Germany.

Americans in general, though…we don’t have the passion for soccer shared by nearly every other nation in the world.  It seems if we didn’t invent a sport, we have no great interest in it – we love our homegrown football, baseball and basketball and mostly tolerate “little brother” Canada’s hockey.

And that is unfortunate.  As much as the Olympics are celebrated for bringing the world together through sports, soccer via the World Cup is vastly more influential and popular.

I’m tempted to wonder if the stereotypical lukewarm American attitude to soccer isn’t indicative of a larger American cultural problem – we don’t care much about the rest of the world.

It fits stereotypes of our bravado, doesn’t it?  We typically like to keep to ourselves and pretend that we don’t impact the rest of the world (which was easier to do pre-World War II when the world wasn’t dramatically impacted by the ebbs and flows of our economy, let alone our military actions).

We’ll take our own sports and we’ll play them, thank you very much; as for the rest of you out there, who cares? 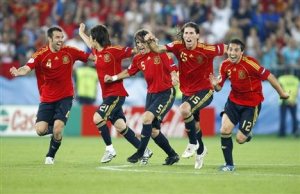 While I attempted to trace the history of American reactionary tendencies in some of this blog’s first posts a year ago, it is worth calling out when we’re being smug or indifferent to others so we can try to take corrective measures.

Simply put, the reason we should care about the rest of the world is: we are all human beings.  Increasingly in the 21st Century it is abundantly clear that we also are all deeply interconnected.

There are legitimate historical and contemporary reasons why most people in other nations don’t care for America very much, and it has very little to do with jealousy, envy, or fear.  Instead, it stems from the heart of our indifferent attitudes: we don’t show much respect for anyone else; we play by our own rules; and we don’t realize the impacts our decisions have on everyone else.

It would admittedly be a small gesture, but perhaps a potentially significant one, if Americans began to care and show interest in things the rest of the world cares about.  In June, the 2014 World Cup will be played in Brazil, marking a spectacular chance for our culture to begin to gravitate more towards the sport adored most around the world. 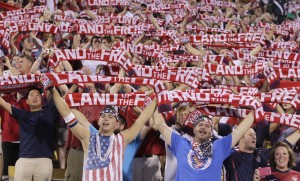 Another stereotypical American value is to pull for an underdog in any given situation, and the U.S. surely fits that bill on the international soccer stage.

Yet, there is reason for optimism in this World Cup.  The United States is getting better.  We are miles ahead of where we were 20 years ago during the ’94 Cup.  The grassroots network I had tangential ties to as a 14-year-old is paying dividends in developing young soccer talent.

While the best American athletes still gravitate mainly to football and basketball (imagine if Lebron James, Calvin Johnson, Kobe Bryant, and Adrian Peterson had been raised on soccer fields), increasingly better athletes are finding their way into soccer.

If the trajectory continues; if American popular interest does keep increasing; if the right breaks happen on the field, we are inching closer and closer to shocking the world.  Can you imagine?

Imagine being witness to the birth of something spectacular on the international sports scene; watching non-stop play of a pivotal game as players probe for weaknesses in the opposition’s defenses while trying to fatigue and physically and psychologically break each other.

Always known for strong defense and counter attacks, be witness to the first American team to field a dangerous offensive game – America’s most complete team under the guidance of former World Cup-winning player and coaching semifinalist Jurgen Klinsmann.

Watch the U.S. play as the underdogs in arguably the most difficult group in the Cup, in which only the top two teams advance: second-ranked Germany, fourth-ranked Portugal, and Ghana, the team that has eliminated the U.S. in the past two World Cups. 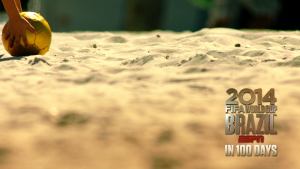 It’s sport on a different plane than what you’re accustomed to.  It’s why it’s the Beautiful Game.